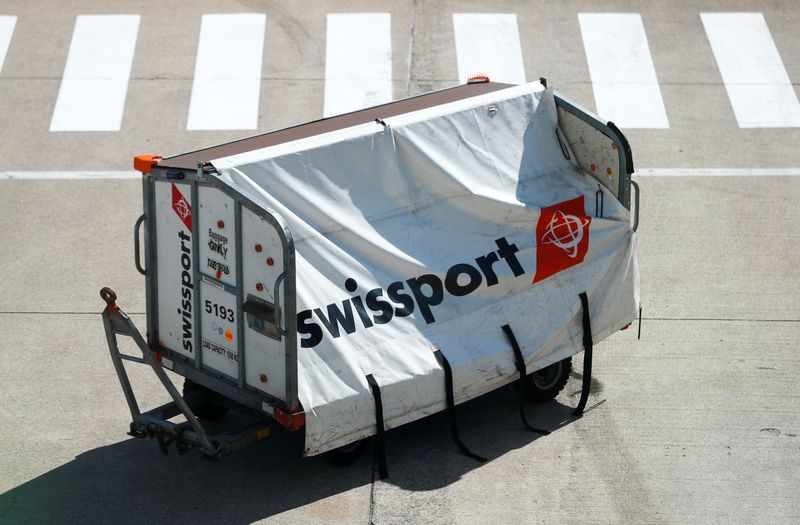 © Reuters. A Swissport luggage carrier is pictured at the Zaventem International Airport, as Belgium eases restrictions aimed to contain the spread of the coronavirus disease (COVID-19) outbreak, near Brussels, Belgium June 15, 2020. REUTERS/Francois Lenoir

Airports including London’s Gatwick and Amsterdam’s Schiphol have said in recent days that they would offer fewer flights this summer than originally planned, citing a labour crunch that has left them struggling to cope with surging travel demand.

“I think that there’s going to be some challenges, I suspect legally, to putting caps on airlines,” Swissport CEO Warick Brady told Reuters at an airline industry event in Qatar.

“We recruited enough people for the summer schedule and they cut the schedules, so we now have too many people. We are going to have a cost overhang because they are cutting.”

Summer schedules are being cut in the face of mounting public criticism of airports over huge delays. Passengers have often had to wait hours in snaking queues through security and immigration, with some then missing their flights.

Swissport, which provides passenger and cargo handling services at airports around the world, including Schiphol, is offering hiring and retention bonuses as it looks to recruit about 15,000 new employees this year, Brady said.

He said governments should make it easier to recruit workers, but he also criticised airports that ramped up flights without giving service providers enough time to hire the necessary staff.

Industry executives have criticised processes for airport staff to obtain security permits needed to start work, which they say could be done quicker without taking shortcuts.

International Air Transport Association (IATA) Director General Willie Walsh told Reuters it was disappointing that airports were capping summer schedules, but that it was better to do it now than to cancel flights on the day of service.