There has undoubtedly been a shift in the market mindset over the last week and a half that has weighed heavily on risk assets. The prospect of a recession is being considered far more broadly, and what’s more, central banks are increasingly resisting the urge to push back against it.

It seems inflation has gone from being the primary concern to the only concern. Sacrificing the economy in pursuit of price stability appears to have become the objective through a lack of alternatives. The hope now is that any recession will be mild and brief, but the situation is evolving so rapidly, that it’s hard to know with any real certainty.

There may be additional sensitivity in the markets to central bank speak and economic data under the circumstances. At these levels, investors are looking for any clues that inflation is abating, which could allow for a welcome relief rally in stock markets.

In the absence of that, they’re not likely to be comforted by what they hear. There’s no shortage of central bank appearances at the moment, which could make for another week of frayed nerves. Naturally, the headline will be Fed Chair Jerome Powell and his two-day appearance in Congress to testify on the semi-annual monetary policy report.

Today we’ll hear from European Central Bank President Christine Lagarde, less than a week after the central bank held an emergency meeting to discuss fragmentation in the euro area. With Italian yields at an eight-year high and spreads between the periphery and core widening, the central bank decided it was best to act quickly to get on top of it.

That kind of decisive action is not something we’ve come to associate with the ECB, which could be a sign of lessons being learned or, more realistically, an indication of how concerned they are about inflation and the knock-on effects of the policy action that’s required.

The bank holiday in the U.S. could lend itself to a relatively calm start to the week, with investors already having one eye on Powell’s testimony. That said, in these markets, nothing is guaranteed and there’s no shortage of other drivers. ​

Bitcoin Survives But For How Long?

Another lively weekend for , which slipped below $20,000 before recovering quickly to trade back around there. While it didn’t trigger a full-on collapse in the cryptocurrency market, I have no doubt it will have made plenty nervous. That level has long been touted as being critical, and the weekend move has seriously weakened the foundations below. The HODLer mentality is really being put to the test, and those who haven’t bailed yet may be as tempted as they’ve ever been.

Disney’s ESPN+ to hike monthly subscription by $3 By Reuters 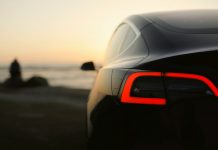 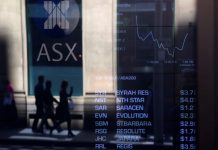