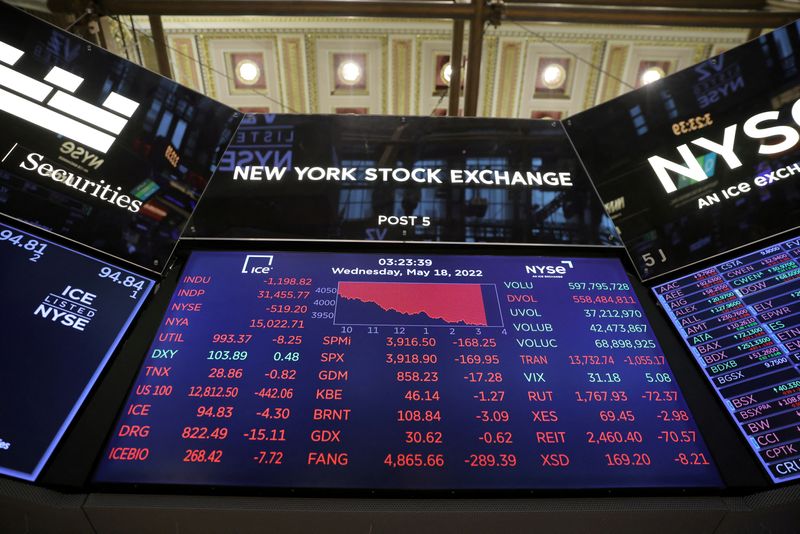 U.S. stock indexes have been whipsawed in recent sessions as investors debate whether the market has hit a bottom in the wake of a sharp selloff on concerns that aggressive policy moves by central banks could trigger a global economic slowdown.

Powell is scheduled to testify before the Senate Banking Committee at 10 a.m. ET (1400 GMT) and the House Financial Services Committee on Thursday.

Market participants will parse his comments for clues on how the Fed will balance economic growth as it plans to raise rates to combat inflation, which is running at more than 40-year high.

The U.S. central bank last week hiked interest rate by three-quarters of a percentage point, its largest rate increase since 1994. A Reuters poll found economists expect a similar move next month, followed by a half-percentage-point rise in September.

Oil prices skid more than 4% as U.S. President Joe Biden pushed to cut taxes on fuel to reduce costs for drivers amid aggravated relations between the White House and the U.S. oil industry. [O/R]

Devon Energy (NYSE:) and Marathon Oil (NYSE:) dropped about 5% each in premarket trading to lead losses among the oil and gas companies.

The major indexes closed more than 2% higher on Tuesday, led by gains in shares of megacap growth and energy companies, after the last week confirmed it was in a bear market and logged its biggest weekly percentage decline since March 2020.

The benchmark index is down more than 21% from its record closing high on Jan 3.

Shares of megacap growth and technology companies slipped. Tesla (NASDAQ:) Inc was down 2.3%, after gaining 9.3% in the previous session in its best one-day performance since Jan 31.

Boeing (NYSE:) Co dipped 1.8% after the planemaker warned of supply-chain problems to persist almost until the end of 2023.