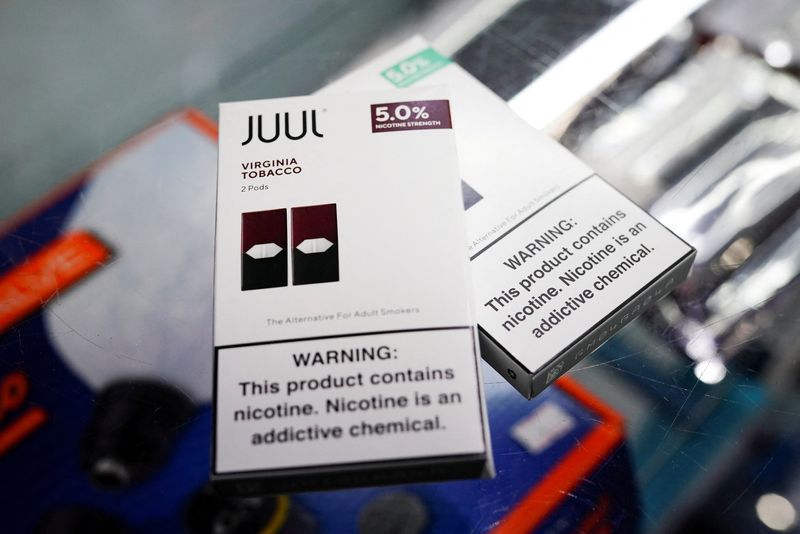 (Reuters) – Juul Labs Inc on Friday asked a federal appeals court to temporarily block the Food and Drug Administration’s order to take its e-cigarettes off the shelves in the United States, saying the move would cause “irreparable harm” to the company.

The once red-hot vape company has also been working with its legal advisers on options that include a possible bankruptcy filing if it is unable to get relief from the government’s ban, the Wall Street Journal reported on Friday, citing people familiar with the matter.

The company’s counsel, Kirkland & Ellis, is advising on the contingency plans, the report added.

The FDA said on Thursday Juul failed to show that the sale of its products would be appropriate for public health, following a nearly two-year-long review of data provided by the company.

In a filing with the U.S. Court of Appeals for the District Of Columbia Circuit, Juul asked for an administrative stay until the company can file a full briefing for an emergency review.

Juul said the FDA’s decision to block sales of its products was “extraordinary and unlawful”, citing, among other things, the agency authorizing similar e-cigarette products made by competing manufacturers.

BAT (LON:)’s Vuse Solo was the first e-cigarette to get the agency’s clearance in October.

Juul also said that the FDA’s ban was a departure from the agency’s normal practices, which typically involve allowing a transitional period, and questioned the agency’s “immense political pressure from Congress.”