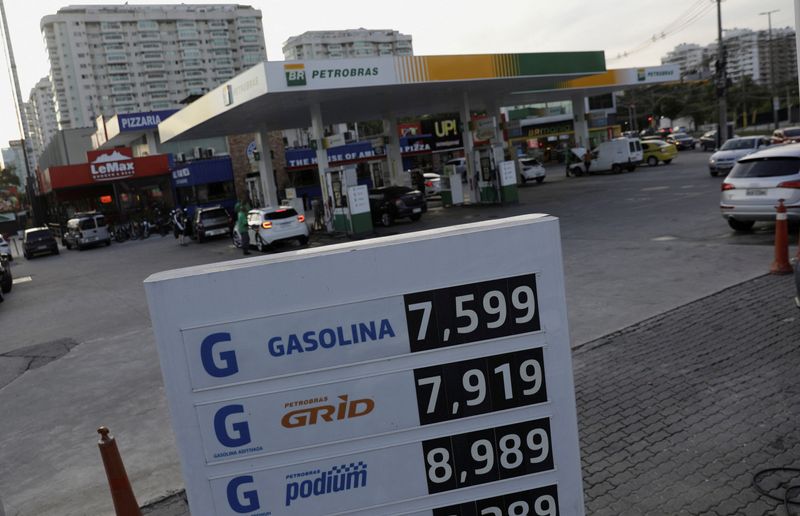 SAO PAULO (Reuters) – The incoming chief executive of Brazil’s state-run oil company Petrobras told a corporate committee he has not received any guidance from the government on changing the firm’s fuel pricing policy, a document showed on Saturday.

Caio Mario Paes de Andrade, a former economy ministry official appointed by President Jair Bolsonaro to run Petrobras, was approved by the eligibility committee on Friday, a key step for him to take the reins of the company.

The minutes of the meeting, published by Petrobras on Saturday, showed the committee had asked Andrade about the company’s pricing policy, a topic that helped bring down three CEOs during Bolsonaro’s tenure as price hikes created tensions with the far-right leader.

“I have no specific or general guidance from the controlling shareholder or any other shareholder in the sense of changing the company’s pricing policy,” Andrade said.

He is on the verge of taking over as CEO a month after he was named by Bolsonaro, awaiting a board vote on June 27.

The committee minutes also showed Andrade’s approval was not unanimous as the head of the four-person committee, Francisco Petros, voted against his nomination.

“A quick assessment of the problems in which the company is immersed shows that a candidate with experience in managing large companies and/or public bodies was very necessary,” Petros said, adding that Andrade does not have the necessary skills.

McDonald’s director targeted by Icahn to leave in board shift By...