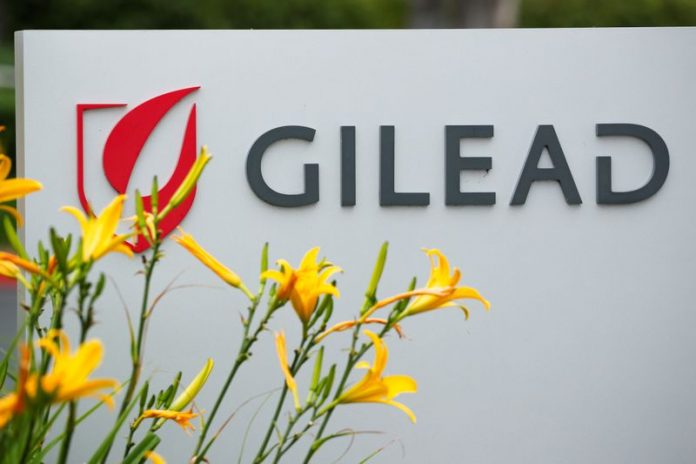 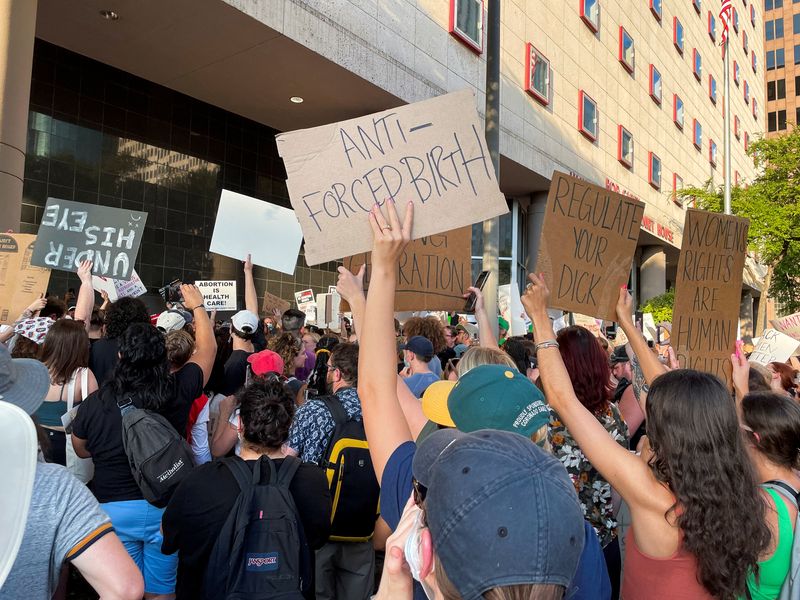 HOUSTON (Reuters) – More than 200 people gathered in front of a federal courthouse in Houston, Texas on Friday, to voice their anger after the Supreme Court overturned the landmark Roe v. Wade decision, eliminating the U.S. constitutional right to an abortion.

Texas is one of 13 states that in past months approved so-called trigger laws that ban or severely restrict abortions once the 1973 Roe v. Wade ruling is struck down. Friday’s decision will ultimately restrict abortion rights in about half of the country’s 50 states.

Texas is a pioneer against women’s reproductive rights. Last year, the Republican-controlled state was the first to enact what was then the strictest anti-abortion law in the country, inspiring other legislatures to do the same.

Republicans banned the procedure after six weeks of pregnancy, illegal since September, and passed the trigger-law that completely bans abortions once the Supreme Court overruled Roe v. Wade. It was a victory for conservatives, who have long sought to eliminate abortion access in the United States.

“Abortion saved my life,” said Katy Jewett, 42, who attended the protest at the Bob Casey courthouse with stage four metastatic breast cancer. “I felt relief after it.”

Jewett had an abortion at 33 following medical advice. The pregnancy would have stimulated her estrogen levels and accelerated the cancer, she said. Fighting a metastasis in her bones, she says she fears for other women as doctors seek to avoid legal reprimands for recommending abortions.

“There are no ‘good’ abortions,” she said. “There is just abortion.”

Texas trigger-law bans abortions starting from conception and enforces birth even of pregnancies resulting from rape or incest or that show severe fetal abnormalities. The law includes only narrow exceptions for pregnant people at risk of dying or suffering “substantial impairment.”

It also allows fines against individuals who help a person access or perform an abortion – such as Uber (NYSE:) drivers – and subjects doctors to life in prison if they violate the law.

A broad majority of Americans did not want to see Roe v. Wade overturned, according to polls.

However, voter turnout in elections for state legislatures, which are now responsible for their abortion laws, is typically low in the United States.

“I think people should take the power they have and go vote,” said Ollie Otou-Branckaert, an 18 year-old student. “Many white old men are voting, but not people my age.”

A survivor of sexual assault, Sarah Ellis, 37, said she was protesting for her 10-year-old daughter’s right to choose. Born and raised in Houston, Ellis dressed in costume based on the dystopian television series “The Handmaid’s Tale”, in which a totalitarian society named Gilead (NASDAQ:) subjects fertile women to child-bearing slavery.

“I read the book years ago, and I could see that we were going that way,” she said. “If we don’t reinstate the rights, we are going to end up in Gilead in no time.”

Mask mandates fail to make a comeback, despite pleas from public...