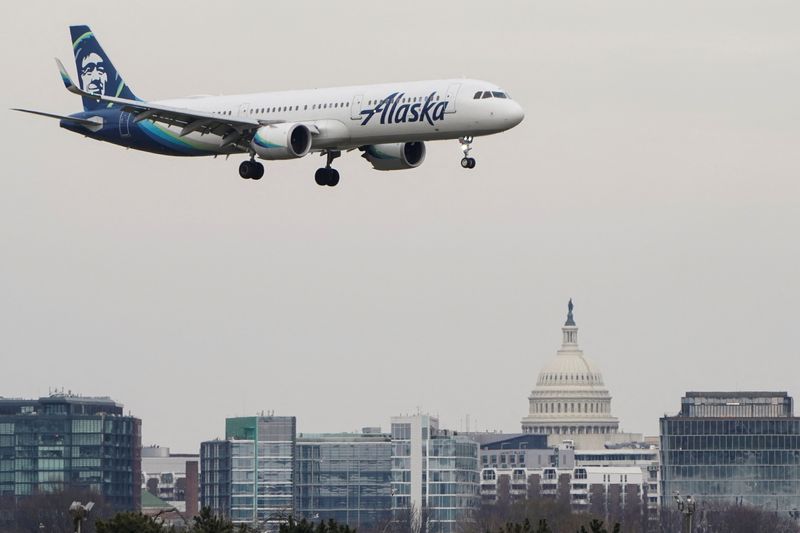 (Reuters) – The U.S. Supreme Court on Thursday turned away Alaska Airlines Inc’s challenge to being bound by the employment laws of states where their workers are based, the central issue in its legal battle with California-based flight attendants.

The justices declined to hear an appeal by Alaska Airlines of a lower court’s ruling that Virgin America, which it acquired in 2018, had to give these flight attendants meal and rest breaks required by California law. Industry groups have said the lower court’s decision will lead to canceled flights and higher ticket prices.

The court also turned away a separate case by trade group Airlines for America challenging the state of Washington’s ability to enforce state employment laws against airlines.

Alaska Airlines, Airlines for America and lawyers for a group of Virgin flight attendants who sued the company did not immediately respond to requests for comment.

A federal law bars states from adopting measures that affect the prices, routes and services offered by airlines. But the San Francisco-based 9th U.S. Circuit Court of Appeals last year decided that state wage laws that generally apply to all workers also cover airline employees because they have only an indirect impact on airline services.

The 9th Circuit threw out the Washington state lawsuit a few days later, citing its ruling in Virgin’s case.

Alaska Airlines in its petition to the Supreme Court to hear its appeal said federal law was designed to impose a uniform nationwide standard for airlines to follow. Forcing airlines to give California-based flight attendants breaks while in the air would interfere with takeoffs and landings, “leaving planes stranded on runways at unpredictable times and causing cascading delays at airports nationwide,” the airline said.

The Virgin flight attendants accused the airline of various violations of California law in a 2015 lawsuit.

Airlines for America told the Supreme Court in a brief last year that imposing state requirements on the industry would increases labor costs, leading to reduced services and higher prices for flights.

Alaska Airlines was also backed in its appeal by the U.S. Chamber of Commerce, the largest U.S. business lobby, and 19 Republican-led states.