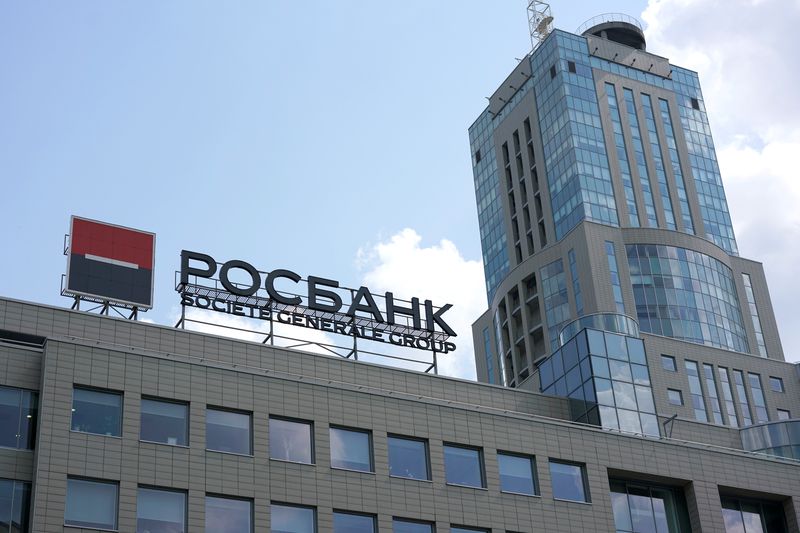 © Reuters. FILE PHOTO: A view shows a board advertising Rosbank on the roof in a building in Moscow, Russia, July 4, 2016. Reuters/Maxim Zmeyev

MOSCOW (Reuters) – Russian lender Rosbank believes a decision by European clearing house Clearstream to block its correspondent account will not have a significant negative impact on its operations, it said in a statement to a Russian media outlet on Saturday.

Clearstream said on Friday UK sanctions on June 29 on Rosbank’s majority owner Vladimir Potanin, whose Interros Capital clinched a deal in April to buy the lender from French bank Societe Generale (OTC:), had forced it into its decision.

“Clearstream Banking’s cash correspondent bank Rosbank is no longer available to receive income proceeds that may result from securities issued outside of Russia and denominated in roubles,” Clearstream said.

Rosbank said international depositories had told clients they could no longer use this account and had asked Rosbank to block incoming payments, the lender said in a statement carried by Russian outlet Frank Media.

“Clearstream’s decision will not have a significant negative impact on Rosbank’s operations,” it said.

Clearstream said transactions involving Rosbank and its subsidiaries had been authorised to be wound down by July 30, enabling customers to move rouble funds outside of Clearstream Banking.

“Given the uncertain context, this situation may evolve in the future,” Clearstream said.