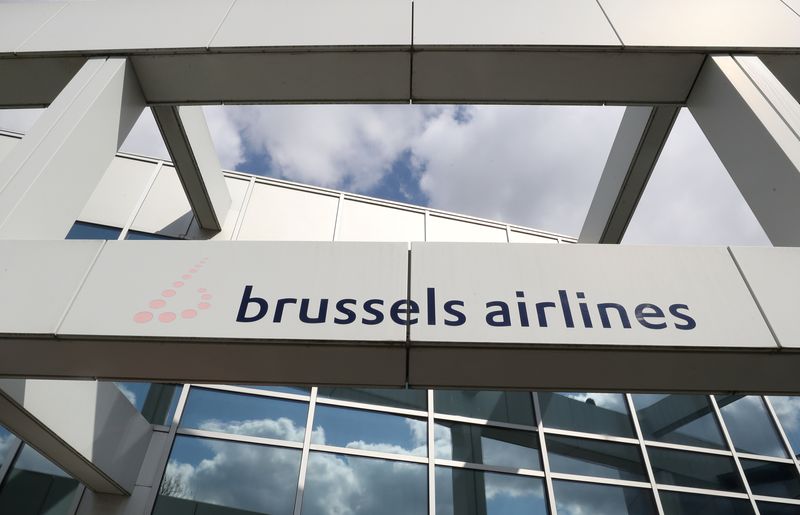 © Reuters. FILE PHOTO: The logo of Brussels Airlines is seen at the entrance of the company headquarters, near the International airport of Zaventem, during the coronavirus disease (COVID-19) outbreak in Diegem, Belgium May 12, 2020. REUTERS/Yves Herman

BRUSSELS (Reuters) – The Belgian subsidiary of Lufthansa, Brussels Airlines, is cancelling close to 700 flights over the summer holiday period, around 6% of those scheduled, to reduce workload and avoid strikes, the airline said on Monday.

“We are meeting the demands of the unions today and we hope it can rule out further actions (this summer),” Brussels Airlines spokesperson Maaike Andries emailed. “For long-term solutions, we will organise a meeting with the unions on August 23.”

The cancellations would lead to 10.2 million euros ($10.66 million) in lost revenue, the airline added.

Pilot and cabin crew unions of Brussels Airlines held a three-day strike last month, after complaining that the pressure of work was too high and that the company had been aware of the situation for around a year but failed to alleviate it.

Across Europe strikes and staff shortages are forcing airlines to cancel thousands of flights, causing hours-long queues at major airports, dashing hopes of a first summer holiday for many after COVID lockdowns.