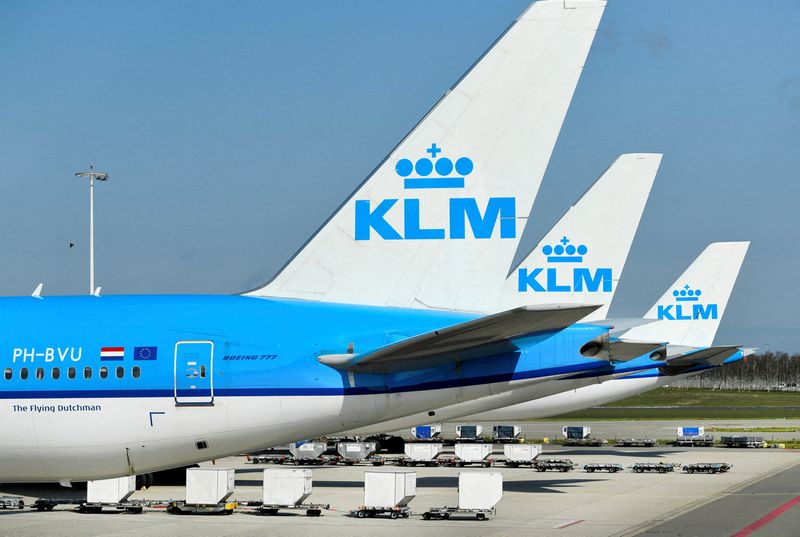 AMSTERDAM/LONDON (Reuters) – Environmental groups are suing the Dutch subsidiary of Air France KLM (OTC:) over an advertising campaign they allege breaches European consumer law by misleading the public over how sustainable its flights are.

Campaigners have launched hundreds of climate change-related suits against companies, governments and authorities to try to accelerate the world’s shift to a low-carbon economy and fight an escalating climate crisis.

“KLM has … stuck by the false message that it is on the path to more sustainable flying,” said Hiske Arts, a campaigner at Fossielvrij NL. “There is no way it can do this while planning continuous air traffic growth that will fuel the breakdown of our climate.”

KLM, which says it has invested millions of euros in a more sustainable fleet and is working towards the industry goal of net zero carbon emissions by 2050, did not immediately respond to a request for comment.

Campaigners want to stop KLM’s ‘Fly Responsibly’ adverts, alleging they violate the Dutch implementation of the EU’s Unfair Consumer Practices Directive by giving the false impression its flights will not exacerbate the climate crisis.

KLM launched the advertising campaign last December, urging customers to help pioneer a “sustainable future” for aviation by paying towards reforestation projects or by contributing to the cost of greener aviation fuels through its CO2ZERO offers, designed to help tackle flight-related carbon emissions.

Campaign groups allege that aviation cannot be made sustainable quickly enough to meet global climate goals by replacing fossil jet fuel, improved engines, efficiencies or other future technologies and want a reduction in flights – a view echoed by a leading investor group in March.

The Dutch court will decide whether the case can proceed before KLM has to file any defence, ClientEarth said.