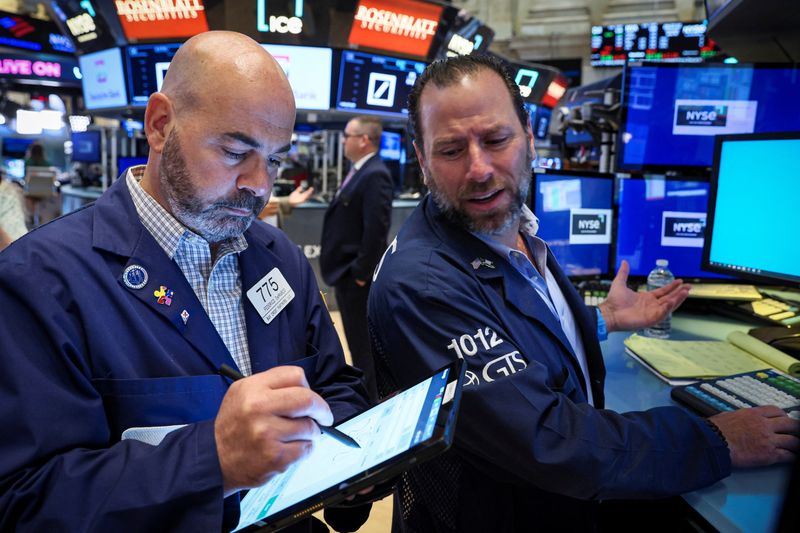 Global stock markets have seen relentless selling pressure in the first half of the year against the backdrop of a surge in inflation, the Ukraine conflict and the Fed’s pivot away from easy-money policy.

U.S. stock indexes ended higher on Wednesday after seesawing for most of the session after minutes of the Federal Reserve’s policy meeting in June showed a firm restatement of the central bank’s intent to get prices under control.

The Fed raised its policy rate by three-quarters of a percentage point in June, the biggest since 1994, with market participants anticipating a similar move in July.

However, Fed officials acknowledged the risk of the rate increases having a “larger-than-anticipated” impact on economic growth and judged that an increase of 50 or 75 basis points would likely be appropriate at the policy meeting later this month.

The and the Nasdaq are down 19.3% and 27.4% so far this year after suffering a turbulent first half that saw high-growth and technology stocks getting hammered.

As central banks across the world move to aggressively raise borrowing costs, fears of a recession have mounted, with oil and commodity prices also taking a hit in the recent days.

Investors will now keep an eye on earnings reports, as well as economic data, including the June non farms payrolls report on Friday, to gauge the health of the economy.

A report from the Labor Department due at 8:30 a.m. ET is expected to show initial claims for state unemployment benefits fell for the week ended July 2.

Shares of GameStop Corp (NYSE:) rose 8.7% in premarket trading as the videogame retailer’s board approved a four-for-one stock split.

Alphabet: Any Post-Earnings Weakness Is An Opportunity For Long-Term Investors