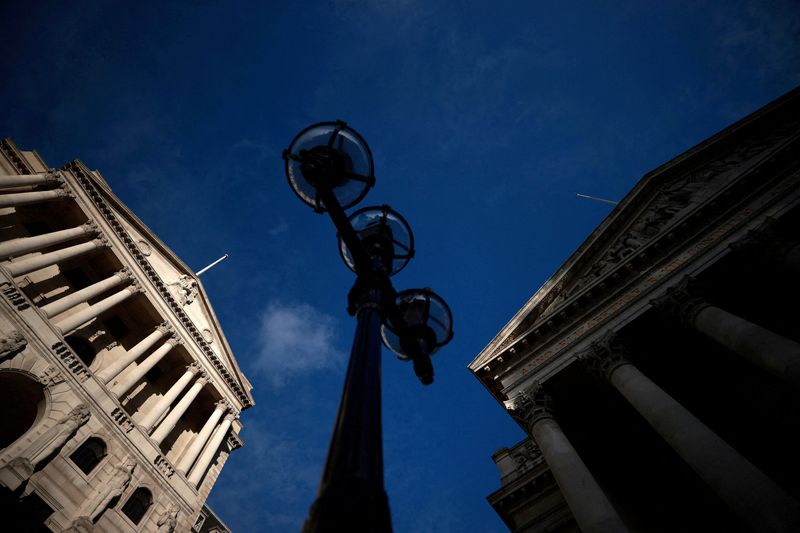 LONDON (Reuters) – Bank of England regulators are concerned about an increase in the number of failed transactions in the British government bond repo market, which they said “reflected very poorly” on the City of London’s reputation.

Gilt repos allow investors to temporarily exchange holdings of British government bonds for cash and are a key part of financial market plumbing, with an average of more than 500 billion pounds ($600 billion) of repos and reverse repos outstanding.

The increased number of failed trades was the main topic at the BoE’s most recent money markets committee meeting with major banks, investors and clearing houses, minutes of which were published on Friday.

“The Bank noted that it was unhappy to see the current level of fails, particularly in the repo market, and urged all market participants to work together to rectify this,” the minutes said.

“In the Bank’s view it reflected very poorly on the efficiency of the London market although it was noted that fails were also currently a significant problem in many international markets,” the minutes added.

Executives from clearing house LCH and settlement house Euroclear told the committee that inexperienced staff working from home could be one cause of the problem, on top of low liquidity and a domino effect once a single transaction failed.

Repo markets globally came under serious stress early in the COVID-19 pandemic, and related bond price volatility was a major reason why the BoE launched a massive gilt purchase programme in March 2020, which it is now trying to unwind.

Repo settlement can fail when either the required gilt or the necessary cash is not delivered.

The BoE minutes showed the possibility of fines for failed settlement was unpopular among market participants, and instead the time frame for settlement was likely to be extended.

Toyota Motor to close its plant in Russia By Reuters

Bloomberg has no interest in acquiring Dow Jones or the Washington...