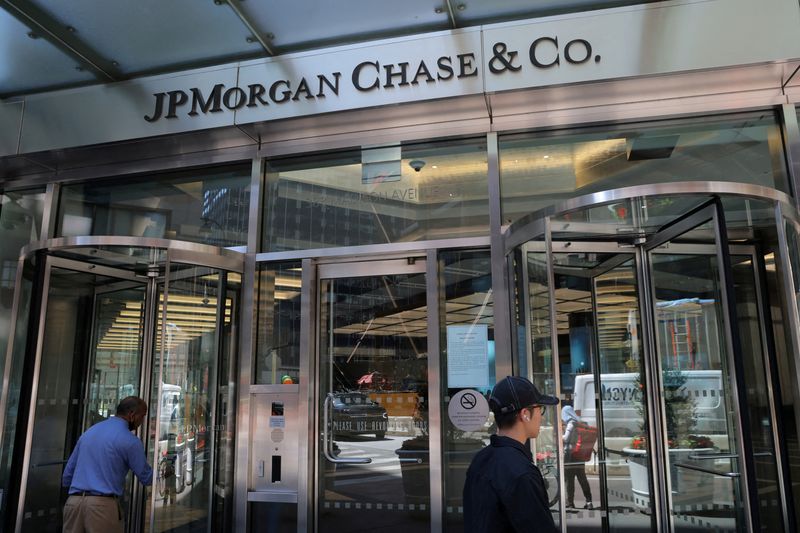 (Reuters) -Three former JPMorgan Chase & Co (NYSE:) employees worked together to scam other traders in the precious metals futures market, a U.S. prosecutor told a jury during opening statements in a closely watched criminal trial in Chicago on Friday.

Prosecutor Lucy Jennings told jurors that each played a role in the scheme to create phantom supply or demand by placing and then quickly canceling buy or sell orders.

“Either way, somebody got ripped off,” she said.

She said a JPMorgan witness would testify that the trades violated bank policy.

“Since day one, the defendants knew this type of trading was wrong and did it anyway,” she said.

Attorneys for the defendants were expected to deliver opening statements on Friday afternoon.

The three men are accused of using the tactic to manipulate futures on metals such as gold, silver, platinum and palladium between 2008 and 2016.

Spoofing was outlawed in 2010 when Congress passed the Dodd-Frank Act after the financial crisis. Since then, prosecutors have argued that earlier instances constituted fraud.

The racketeering statute, a federal law enacted in 1970 to take down the Mafia, is rarely used to prosecute corporate crime. It allows prosecutors to charge a group of individuals, including those indirectly involved in alleged wrongdoing, on the basis they participated in a “criminal enterprise.”

Better Markets, a Washington nonprofit that advocates for stronger financial regulation, called the case a “potential gamechanger” because the racketeering statute would allow prosecutors to seek harsh sentences if the defendants are convicted.

In addition to racketeering and conspiracy, Nowak faces 13 other charges, including fraud, spoofing and attempted market manipulation, and Smith faces 11 additional charges.

Christopher Jordan, a trader who left JPMorgan in 2009, has also been charged and will be tried separately.

The jury trial is expected to take around five weeks. Prosecutors are expected to call three former traders as cooperating witnesses, all of whom have separately pleaded guilty to related charges. Alleged victims of the scheme may also take the stand, according to court papers.

Commodities manipulation and in particular spoofing have become a major focus of the Justice Department, which has brought several other cases in recent years, including against NatWest and former traders at Deutsche Bank (ETR:) and UBS.

JPMorgan also agreed in 2020 to pay more than $920 million and admitted to wrongdoing to settle with the Justice Department and the Commodity Futures Trading Commission over the conduct of the traders who have pleaded guilty or are facing trial.

Musk says he will support DeSantis if Florida governor runs for...