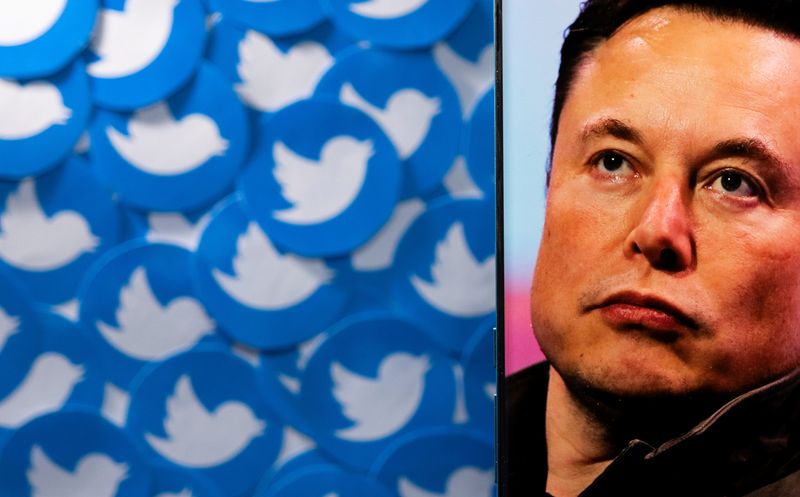 © Reuters. FILE PHOTO: An image of Elon Musk is seen on a smartphone placed on printed Twitter logos in this picture illustration taken April 28, 2022. REUTERS/Dado Ruvic/Illustration

WILMINGTON, Del (Reuters) – Twitter Inc (NYSE:) has a strong legal case against Elon Musk walking away from his $44 billion deal to acquire the U.S. social media company but could opt for a renegotiation or settlement instead of a long court fight, according to legal experts.

Delaware courts, where the dispute between the two sides is set to be litigated, have set a high bar for acquirers being allowed to abandon their deals. But target companies often choose the certainty of a renegotiated deal at a lower price or financial compensation rather than a messy court battle that can last for many months, three corporate law professors interviewed by Reuters said.

“The argument for settling at something lower is that litigation is expensive,” said Adam Badawi, a law professor at UC Berkeley. “And this thing is so messy that it might not be worth it.”

Musk’s main claim against Twitter is that the San Francisco-based company breached their deal because it will not share with him enough information to back up its claim that spam or fake accounts constitute less than 5% of its active users. Twitter has stood by this estimate but also said it’s possible the number of these accounts is higher.

Musk also said in a letter to Twitter on Friday that the company’s misrepresentation of the number of spam accounts might be a “material adverse effect (MAE)” that would allow him to walk away under the terms of the deal contract.

But legal experts said Delaware courts view MAEs as dramatic, unexpected events that cause long-term harm to a company’s performance. Deal contracts such as the one between Musk and Twitter are so prescriptive that a judge has ruled that an MAE has validly been triggered only once in the history of such litigation — in the case of German healthcare group Fresenius Kabi AG ending its deal for U.S. generic drugmaker’s Akorn (OTC:) Inc in 2018.

In that case, a court ruled that Akorn’s assurances to Fresenius that it was in compliance with its regulatory obligations were inaccurate. It also found that Akorn had withheld facts about its deteriorating performance that emerged in whistleblower allegations.

Legal experts were dismissive of the idea that inaccurate spam account numbers would amount to an MAE for Twitter on the same level as the problems that plagued Akorn.

“If it goes to court, Musk has the burden to prove more likely than not, that the spam account numbers not only were false, but they were so false that it will have significant effect on Twitter’s earnings going forward,” said Ann Lipton, associate dean for faculty research at Tulane Law School.

Musk also claimed that Twitter breached their agreement by firing two key high-ranking employees, its revenue product lead and general manager of consumer, without his consent as required by their contract.

“That’s probably the only claim that has any purchase,” said Brian Quinn, a professor at Boston College Law School, but he added he did not believe the firings were serious enough to affect Twitter’s business.

In 2020, the Delaware court allowed Mirae Asset Capital Co of South Korea to walk away from a $5.8 billion luxury hotel deal because the pandemic caused the seller, Anbang Insurance Group of China, to alter its ordinary course hotel operations.

SETTLING RATHER THAN LITIGATING TO THE END

Most of the times the courts find in favor of the target companies and order acquirers to complete their deals – a legal remedy known as “specific performance.”

In 2001, for example, Tyson Foods (NYSE:), the largest U.S. chicken processor, decided it no longer wanted to buy the largest meatpacker, IBP Inc. A judge ordered that the deal be completed.

Many companies, however, choose to settle with their acquirers to end uncertainty about their future that can weigh on their employees, customers and suppliers.

This happened more frequently when the COVID-19 pandemic broke out in 2020 and delivered a global economic shock. In one instance, French retailer LVMH threatened to walk away from a deal with Tiffany & Co (NYSE:). The U.S. jewelry retailer agreed to lower the acquisition price by $425 million to $15.8 billion. 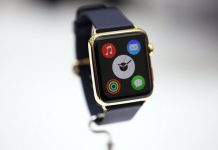 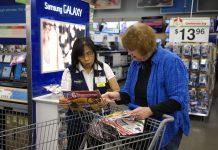