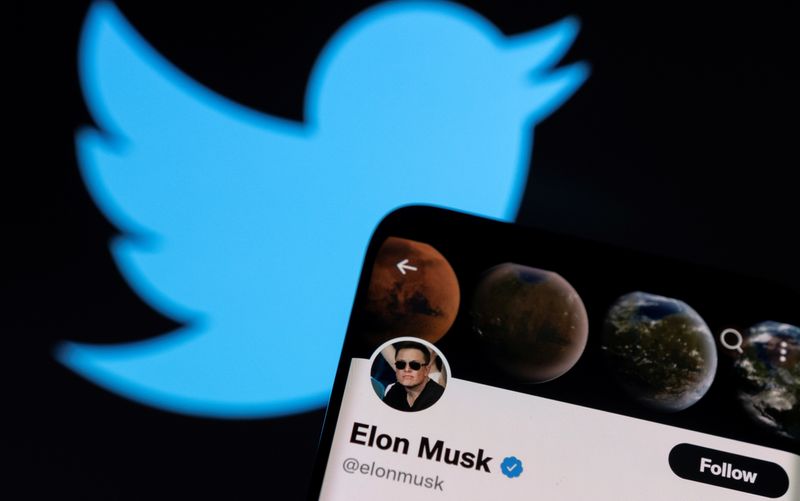 By Sheila Dang and Katie Paul

(Reuters) – Twitter Inc (NYSE:) employees expressed disbelief and exhaustion on Friday after billionaire entrepreneur Elon Musk said he was terminating a deal to buy the social media company in what could be the start of months of legal wrangling.

Musk said Twitter breached multiple provisions of a $44 billion merger agreement struck in April, including by failing to turn over sufficient data on spam accounts and letting go of some executives and recruiters. Twitter’s chairman said the board planned to pursue legal action to enforce the deal.

Engineers, marketing leaders and other staff at the company quickly took to Twitter to publicly post memes, such as of a rollercoaster ride and a baby screaming into a phone, in apparent commentary on the latest development in Musk’s courtship of Twitter since January. Others joked about the impossibility of breaking their own personal commitments.

Employees have expressed widespread concern about Musk taking over Twitter because of his preferences for cutting headcount and other costs, decreasing content moderation and limiting remote work.

But Musk’s now-reneged offer also marks a 36% premium https://tmsnrt.rs/3aoza2X for the company’s shares and could mean a big payday for employees and other shareholders.

After months of constant headlines, a Twitter employee told Reuters on Friday that they felt only more weary about the road ahead.

“I just don’t believe it’s actually over,” the employee said on the condition of anonymity.

Amir Shevat, whose Twitter bio says he works on the company’s developer products, posted on the service soon after news of Musk’s termination, “End of season one – what a cliffhanger…”

Jared Manfredi, whose profile says he works on iOS products at Twitter, wrote, “If only this wasn’t the start of a long drawn-out court battle that will just end up lowering the purchase price and continuing the circus for another indefinite amount of time.”

Reuters could not independently verify the information in their profiles, and they did not immediately respond to requests for comment through private messages.

Twitter told employees last month that it was on track to increase the number of users who see ads by 13 million during the just-ended second quarter, the highest such goal it has ever set. Twitter has not yet announced second-quarter results.

Musk, who is the chief executive of automaker Tesla (NASDAQ:) and rocket company SpaceX, told Twitter staff later in the month on a video townhall that he wants to grow the company to at least 1 billion users from 229 million. He also told them users should be allowed to post “pretty outrageous things.”

Musk, a prolific user of Twitter, has said in owning a social media service, he could make it more entertaining and maintain it as an essential public forum.

His attorney in a regulatory filing on Friday said Twitter had violated a deal provision to “preserve substantially intact the material components of its current business organization” by firing two managers, laying off a chunk of its talent acquisition team, instituting a hiring freeze, rescinding job offers. It also cited the resignations of three department leaders.

Hack jitters push bitcoin investors back to the future By Reuters

Europe in ‘collective denial’ over the state of the COVID pandemic,...

Repaired German Leopard tanks for Ukraine ready in 2024 at earliest,...