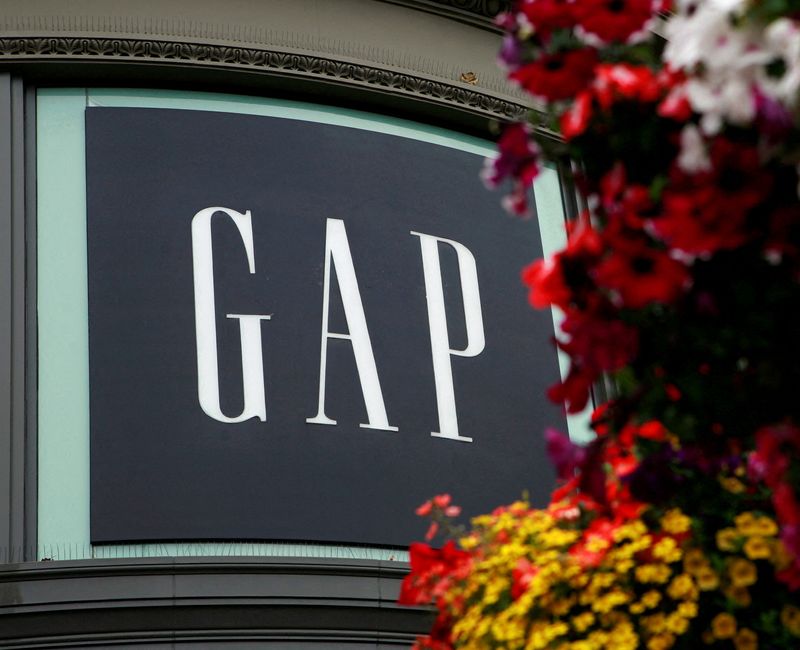 (Reuters) – The abrupt exit of Gap Inc (NYSE:)’s chief executive on the back of falling sales and shrinking margins will likely push the struggling apparel retailer to sell one or more of its brands, analysts said.

The company, which owns brands such as Old Navy, Gap and Banana Republic, said on Monday CEO Sonia Syngal would step down and warned of weaker margins.

Gap Inc’s shares were down about 6% at $8.20 in premarket trading on Tuesday with at least six brokerages cutting their price targets.

“The potential for Gap to announce that it is either exploring strategic alternatives (potentially including an Athleta spin-off) or a large scale SG&A cut is significantly rising upon news of the CEO departure,” Credit Suisse analyst Michael Binetti said.

The company previously shelved plans to spin off Old Navy in 2020 citing increased cost and complexity in splitting the brands.

Syngal was tasked with guiding Gap Inc to safety during peak pandemic and was initially lauded by investors for doubling down on inclusivity, launching the Yeezy line with Kanye West, tying up with Walmart (NYSE:) Inc to create a home decor brand, as well as partnering with franchisees to run stores in Europe.

However, fashion missteps at its Old Navy brand that accounts for more than half of the company’s sales, supply chain snarls and decades-high inflation derailed any recovery in sales after the pandemic.

Several analysts said issues at Old Navy would likely bleed into next year, with the company’s margins suffering due to missing out on stocking key styles, while having more seasonal or less-popular styles and plus-sized clothing on the shelves.

“Gap had a major opportunity to transform into a compelling recovery story once again in 2022, however, the persisting issues at Old Navy have caused a further loss of credibility,” Wells Fargo (NYSE:) analyst Ike Boruchow said.