The was up 9.1% in June from a year ago, topping the consensus estimates of 8.8%, according to the latest data released by the Bureau of Labor Statistics.

The surge marked another month when inflation surged at the fastest rate in more than 40 years. The data showed that , which measures inflation excluding erratic food and energy prices, soared 5.9% on a monthly basis, also above the estimates of 5.7%.

The CPI, which serves as a broad measure of price changes in goods and services, was up 1.3% in June after rising 1% a month earlier, according to the released data, which appears to be going against the claims that inflation may be peaking. Analysts were calling for a 1.1% increase.

“CPI delivered another shock, and as painful as June’s higher number is, equally as bad is the broadening sources of inflation,” said Robert Frick, corporate economist at Navy Federal Credit Union.

“Though CPI’s spike is led by energy and food prices, which are largely global problems, prices continue to mount for domestic goods and services, from shelter to autos to apparel.”

It appears that the current war in Ukraine has added to the inflationary pressures, with U.S. gas prices surging to record highs in June, averaging more than $5 per gallon. Since then, the gasoline prices have been pushed down a bit, averaging $4.63 on Wednesday.

The new CPI print comes after a higher-than-anticipated job growth last month, with the U.S. government saying last Friday that 372,000 new jobs were created in June, pushing the broader gauge of unemployment to a new low.

In addition, the government reported that there were almost two jobs for each unemployed person at the end of May, highlighting the current labor market tightness.

Following today’s data, investors now expect the Federal Reserve to hike interest rates by an additional 75 basis points at its upcoming meeting at the end of this month. The central bank has already raised its overnight interest rate by 150 basis points since March.

How Did Markets React?

The slipped about 1.5% on the CPI print and ahead of the market open, while both U.S. and rose to more than 3%. The dollar also ticked higher to breach the parity against the .

The new jump in the U.S. Treasury yields comes ahead of the long-awaited Q2 earnings reports by Wall Street giants JPMorgan Chase (NYSE:) & Co and Morgan Stanley (NYSE:), scheduled for Thursday. The banks’ profit reports are expected to offer some more insight into how U.S. companies are dealing with inflationary pressures, with investors also awaiting new earnings forecasts.

The was down more than 0.8%, while the lost 1.58% minutes after the report was released. However, stocks raced higher at the open as investors seemed undecided whether today’s print was expected or not.

For LPL Financial strategist Quincy Krosby, the market had been bracing for a higher CPI data release, although “no one expected over a 9% print.”

“The Fed has been clear almost since the end of last Fed meeting that 75 basis points is coming at the end of July,” he added.

Meanwhile, the skyrocketed to its highest level in 20 years against a basket of currencies, while the euro broke below its 1:1 parity with the greenback following the latest CPI print.

The euro was down at $0.9998 against the dollar, breaking the parity against the greenback after almost 20 years. The currency then rebounded to $1.01 in another extremely volatile trading session.

The greenback’s strengthening saw the surge to 108.59, its highest mark since October 2002, from around 107.9 prior to the new CPI print.

Similarly, price plunged initially to below $19,000 before recovering to trade 1.6% in the green. The world’s largest cryptocurrency is still struggling to recover as it failed to stage a strong recovery, despite consumer surveys suggesting investors increasingly see Bitcoin as a safe asset to buy.

What Will Fed Do Now?

The higher-than-expected surge in inflation means that another interest rate hike of 0.75 percentage points later this month is nearly guaranteed. The CPI data increases the pressure on the central bank to tame rampaging prices, a month after it introduced a 75 basis points hike for the first time since 1994.

The U.S. policy-makers have already hinted at their plan to hike interest rates to an estimated level of around 3.5%, which would slow down economic activity by the end of 2022. The Fed will almost certainly maintain its hawkish monetary policy until there is proof that inflation is slowing down.

Earlier this week, false reports of the June data broke online claiming that CPI surged to 10.2%, which the Bureau of Labor Statistics (BLS) promptly denied. If the Fed hikes interest rates by another 75 bps at its upcoming meeting, the target range for the federal funds rate would then jump to 2.25 to 2.50%.

Most analysts are calling for the Fed to hike by 75 bps in July and 50 bps in September, followed by two additional rate hikes by 25 bps before the end of the year.

With another aggressive rate hike now penciled in for July, as well as a reduction of its $9 trillion balance sheet, it is clear that the Fed is not holding back in its plans to curb inflation and it also shows what it is willing to risk in order to achieve that.

Although job growth and demand for labor remained robust in June, analysts and economists expect that momentum to slow down soon as the U.S. economy falls into recession next year.

The Fed has already said it expects unemployment to rise over the coming period, estimating a surge to more than 4% by the end of 2024, from its current historic low of 3.6%. The central bank now projects unemployment to rise over the next three years, compared to its forecasts from three months ago when it predicted it wouldn’t start rising until 2024.

The CPI for June soared 9.1% from a year ago, easily beating the 8.8% market estimate. Although stocks, bonds and cryptocurrencies initially plunged on the print, the markets have now mostly recovered earlier losses as some investors speculate that the worst is behind given the retracement in energy prices this month.

However, all eyes remain on the Fed and how aggressive will the central bank continue to fight inflation. A 75-bps-rate hike is now almost guaranteed at this month’s meeting, with the focus slowly shifting to the Fed’s Jackson Hole event scheduled for the final week of August. 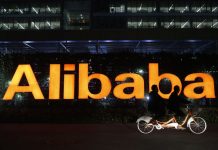