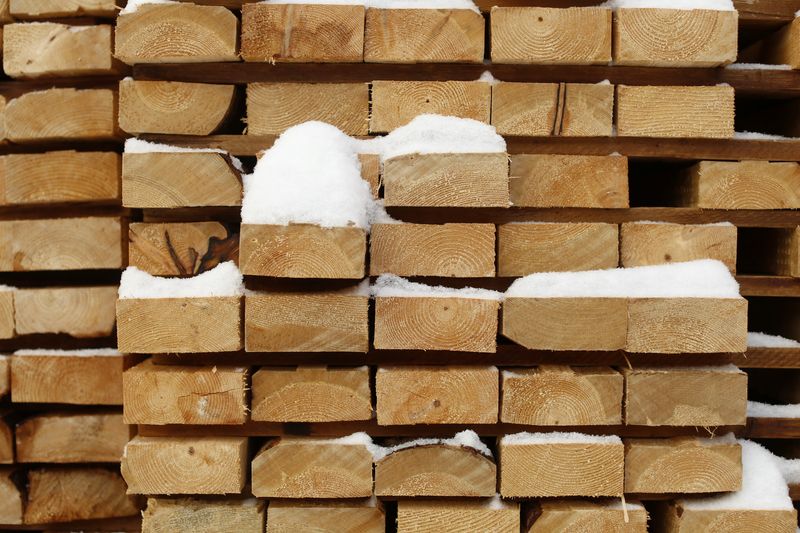 CVC and Kronospan have informed West Fraser’s management they would like to proceed with deal negotiations, the sources said. Contemplated acquisition terms could not be learned.

Shares in West Fraser, which has a market capitalization of C$10.6 billion ($8.2 billion), jumped on the news and were up 15% in afternoon trading on Tuesday.

West Fraser confirmed in a statement that it had met with CVC and Kronospan but said that there were no ongoing deal discussions. It added that it had not received an actual proposal and that it was focused on executing its business strategy to create shareholder value.

CVC declined to comment, while West Fraser and Kronospan did not immediately respond to requests for comment.

The acquisition interest in West Fraser follows a two-year rally in its shares, as more people isolating and turning to home improvement during the COVID-19 pandemic led to a surge in demand for products such as lumber and plywood.

The housing market was boosted more broadly by people seeking more space as they worked from home.

But the company also faces headwinds. It said in its most recent earnings call in April that it had been struggling to fulfill orders because of transport and logistics problems in Western Canada that have persisted in the pandemic.

Privately held Kronospan, run by Austrian businessman Peter Kaindl, is a European maker of wood panels such as particle board and laminate flooring. CVC has 125 billion euros ($128 billion) in assets under management, according to its website.