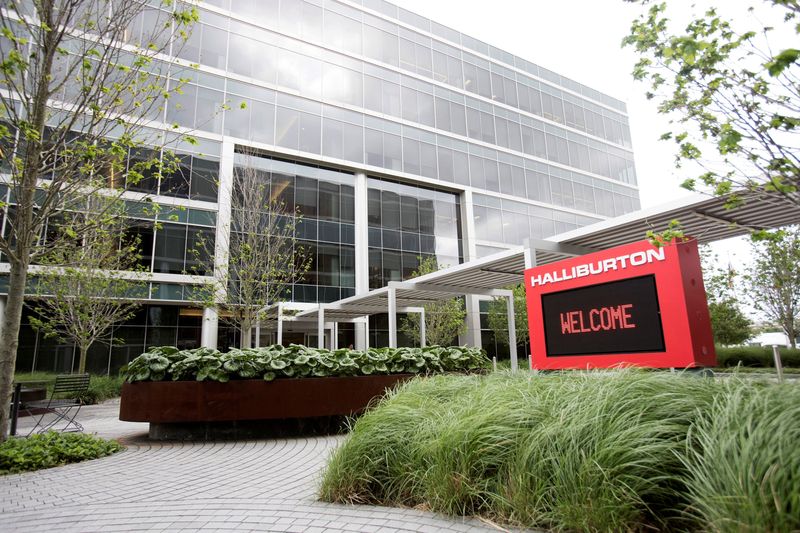 (Reuters) -Halliburton Co on Tuesday posted a near 41% rise in second-quarter adjusted profit compared to the first quarter, as a surge in crude prices drove demand for its oilfield services and helped it weather a $344 million hit from exiting Russia.

Global crude prices, which were up over 6% in the quarter, have lingered above $100 a barrel in recent months, mainly boosted by western sanctions on Russia, the second-largest crude exporter in the world, following its invasion of Ukraine.

The rally in prices and supply concerns have invited calls from the Biden administration for oil and gas producers to spend the profit windfall on raising output.

The U.S. rig count rose to 750 rigs at the end of the second quarter, compared with 673 at the close of the first quarter, according to Baker Hughes data.

Net income fell to $109 million from $263 million, mainly due to the pre-tax charge from exiting Russia.

The company said in March it would wind down its operations in Russia.

Shares of the company were up 1% at $29.16 in premarket trading on Tuesday.