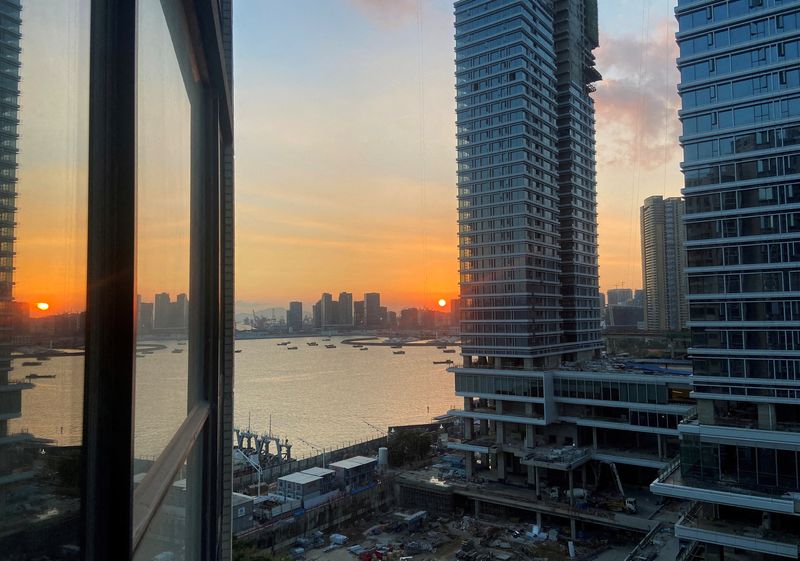 HONG KONG (Reuters) – A revolt by Chinese homebuyers, who have threatened to stop paying mortgages on hundreds of unfinished housing projects, is spurring a shakeout among cash-starved property developers who have long relied on pre-sales of apartments.

Many private-sector developers, already gasping for funds and facing an uncertain future, have stoked the unrest as they delayed projects.

Homebuyers are responding not just with protests and threats of mortgage boycotts, but by taking their business to deep-pocketed state-owned developers, or insisting only on buying completed apartments.

This shift in behaviour looks set to reshape China’s property sector, analysts and developers say, while a number of private companies, who last year sold as much as 90% of new housing units before construction was complete, may not survive the transition. “It’s a vicious cycle. If homeowners stop repaying mortgages … property recovery will be impacted,” said ANZ senior China economist Betty Wang. She said buyers of unfinished projects may balk not only because of construction delays, but because of falling home values as the market softens.

Uncertain job and financial prospects in the lagging economy and environmental issues have also stirred the agitation for mortgage boycotts.

The disruption comes at a sensitive time for China’s property sector, which accounts for a quarter of the country’s economic output and showed signs of stabilising in June when prices were unchanged after falling for two months.

The sector has been lurching from one crisis to another over the past year, as it grapples with mounting liabilities, a slowing economy and flagging demand, while its sources of fresh fundraising have been drying up.

Some private developers have already defaulted on offshore debt obligations and struggled to raise funds from other sources, including banks. “It’s a domino effect: No new homebuyers will buy our unsold apartments in the pre-sale, but we need to use the little money we get from selling half or two-thirds of the units to complete construction,” said an executive at a private developer that has missed its dollar bond payments but has not halted construction.

The executive declined to be named due to the sensitivity of the matter. “After repaying bank loans with the money left, if there is any, it’s almost impossible also to repay the onshore and offshore bonds.”

Estimates vary widely on unfinished projects, with analysts contacted by Reuters putting the figure at 5% to 20% of projects nationwide.

ANZ estimates that 1.5 trillion yuan ($222 billion) worth of mortgages are tied to apartments at risk of remaining unfinished, or 4% of total outstanding mortgages. China’s banking regulator repeatedly sought to reassure homebuyers and financial markets over the past week that pre-sold homes would be properly delivered, while encouraging lenders to provide funds as needed to worthy real estate projects. State-owned developers have also taken over some troubled projects from heavily indebted non-state companies, and some analysts and sector players expect stepped-up takeovers to address the mortgage protests. Those protests have reached an unprecedented scale, with more than 200 projects by at least 80 property developers affected across China, E-house China Research and Development Institution said in a report this week. The turmoil is expected to accelerate changes already evident in the preferences of homebuyers, who have long favoured new properties still on the drawing board or under construction but grew wary of unfinished projects as high-profile developers – notably China Evergrande Group – plunged into a debt crisis over the past year. The ratio of pre-construction sales to sales of existing homes has dropped to 6.5 from a high of 9.9 in the first half of last year, according to ANZ. Homebuyers are also leaning towards more financially secure, state-owned developers. Jason Li, a 30-year old would-be homebuyer in eastern China’s Shangdong province, said he was delaying buying a home because he is worried about the economy and job security, and said he would avoid projects by private developers. “It took a few years for my friends to finally get their pre-sold homes, while many developers even failed to deliver the apartments as promised,” said Li.

Moody’s (NYSE:) added in a report that the boycott would accelerate the shakeout of struggling developers.

“The rise in mortgage defaults …will further differentiate financially strong developers from their weaker peers,” it said. 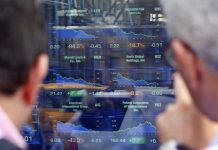 Daily Markets: New Rounds of Uncertainty to Close Out the Week