Ok, readers, please take your seats and buckle up because Foot Locker (NYSE:) looks about ready to take off. Having hit their lower post-pandemic levels just last month as part of a 60% sell-off, shares of the sportswear retailer have recently rallied almost 70%. The biggest single jump occurred late last week, when the stock opened 25% higher on Friday after the company released their as well as a game-changing update.

Sure they beat analyst expectations for quarterly earnings while coming in as expected on top-line revenue. Still, the news that their current CEO Richard Johnson will be stepping down next month was what delighted investors. His replacement Mary Dillon, an existing board member, is well regarded by the market. While the stock’s reaction won’t make Johnson feel particularly good, it has opened up a serious buying opportunity.

Many of the sell-side heavyweights had been maintaining their bearish ratings on Foot Locker stock, with the likes of Bank of America (NYSE:) having them at an Underweight rating for many months coming into last week. But off the back of the leadership change, analyst Lorraine Hutchinson immediately upped them to a Neutral.

Hutchinson called the hiring of Mary Dillon a thesis-changing move given her reputation in the industry. In a note, to clients, she wrote,

“While at the helm at Ulta, Dillon engineered a best-in-class loyalty program, revenue increased at a 16% CAGR, and the stock tripled.”

She stopped short of upgrading the stock to a full Buy rating and acknowledged that fundamental risks still remain for Foot Locker. In her note, she also wrote,

“While we are encouraged by this announcement, we still think Foot Locker faces secular challenges as a mall-based retailer and has an uphill journey replacing Nike’s NYSE:) reduced allocation.”

This cautiously bullish tone is probably a fair one for the moment, given that much of the other updates from Foot Locker’s earnings report, last week were neutral if not bearish. For example, their gross margin declined by 340 basis points compared to a year ago, driven mainly by higher markdowns.

The promotional environment started to normalize after last year’s unusually favorable backdrop, followed by supply chain costs and occupancy deleverage. And in terms of the quarter ahead, management said it expects guidance to fall in the low end of its prior range due to sales and cost pressures. Still, these aren’t new headwinds, and it’s not unreasonable to think much of the downside has already been baked into the stock’s price, especially considering how far it’s fallen in the past year.

The team over at Morgan Stanley (NYSE:) echoed their peers at Bank of America earlier this week when they upgraded Foot Locker shares to an Equal-Weight rating after having it slotted at Underweight previously. Morgan Stanley analyst Alex Stratton said the newly-announced CEO Mary Dillon is credible and respected.

The halo of her potential strategic changes is seen as making it more likely that investors will forgive any performance shortfalls by the retailer in the near term. Stratton also pointed out that 2022 guidance for Foot Locker appears mostly de-risked, and any bad news may be looked through on the volatile macro and impending leadership change. In addition, it was noted that the ongoing Nike (NYSE:) pullback may not be evident for Foot Locker until Q4 and 2023.

All this seems to add weight to the thesis that Foot Locker’s longer-term risk/reward profile is suddenly getting quite strong, notwithstanding the ongoing industry-wide headwinds. You never want to initiate a position with the thinking that “well, it can’t exactly get any worse”, but that’s the situation right now, given the surprise leadership change.

It wouldn’t take much of an upside surprise, be it industry or macro specific, to further alleviate any remaining bearish pressure on Foot Locker shares and to open them up for a run towards $50 before Christmas. 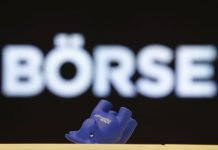