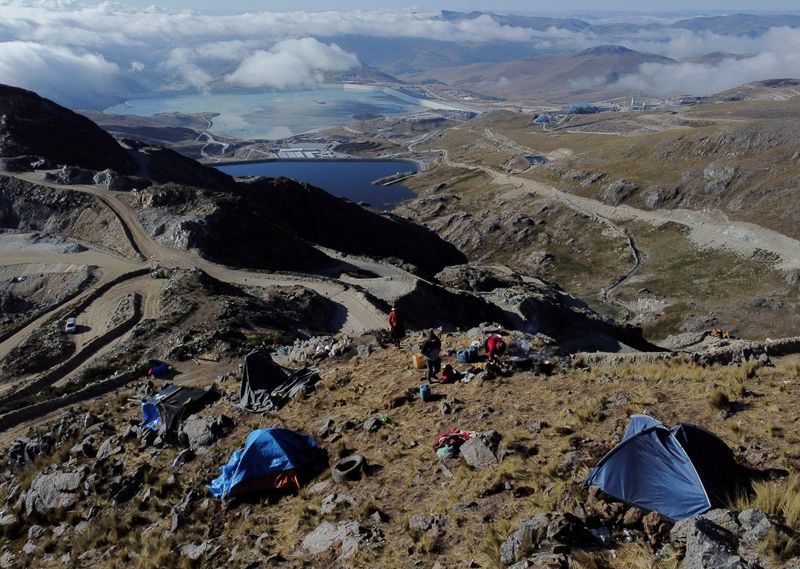 © Reuters. FILE PHOTO: Members of the indigenous community of Huancuire camp near the Las Bambas copper mine as part of a protest to demand the land they call ancestral lands, to be returned to the communities, in Apurimac, Peru. Picture taken May 9, 2022 with a dr

LIMA (Reuters) – Peru’s government proposed on Friday “a new approach” for mining companies to end social gaps and avoid conflicts in the sector, a measure taken after several conflicts in the country in recent months.

Prime Minister Anibal Torres said during a conference between executives of large mining firms that the new “attitude” aimed to promote local and foreign investment. He added that the government of leftist President Pedro Castillo respects private initiative and wants to promote mining activity.

“Although the responsibility for closing gaps falls on the state, it is necessary to involve and commit mining companies to greater social investment,” Torres said.

Peru is the world’s No. 2 producer and mining is vital for the country’s economy, representing 60% of all exports.

However, it has faced several conflicts and protests from local communities in its mining areas that ended up affecting mining operations. Companies affected include Grupo Mexico’s Southern Copper (NYSE:) Corp and MMG Ltd’s Las Bambas.

The country’s central bank forecasted in September that mining investment would fall 3.7% this year and the deepen in 2023 by 16.2%, with no new large projects in sight.

Poor indigenous communities have increased their demand for greater benefits for the exploitation of resources, creating blockades on roads and mining areas several times this year.

Torres’s speech, at times applauded by mining executives, aims to calm down businessmen who have demanded a clearer reaction from the government to stop the protests.

Among Torres’ proposals is a “social fund” from mining companies for the development of their areas of influence, along with a federal multisectoral commission to improve the use of resources managed by the mining regions.

“Only in this way can we recover that social legitimacy and generate better conditions for the development of mining investments,” he said, adding that national and foreign investors would have “full assurance” that their investments in Peru would be “safe.”

Peru has planned investments of $53 billion in mining projects, many of them frozen or delayed while they await environmental permits or social licenses from the communities of influence.

Celestiq EV is GM’s most audacious Cadillac since Great Depression By... 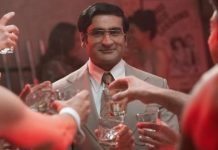 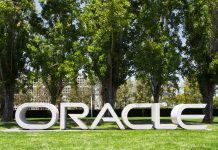